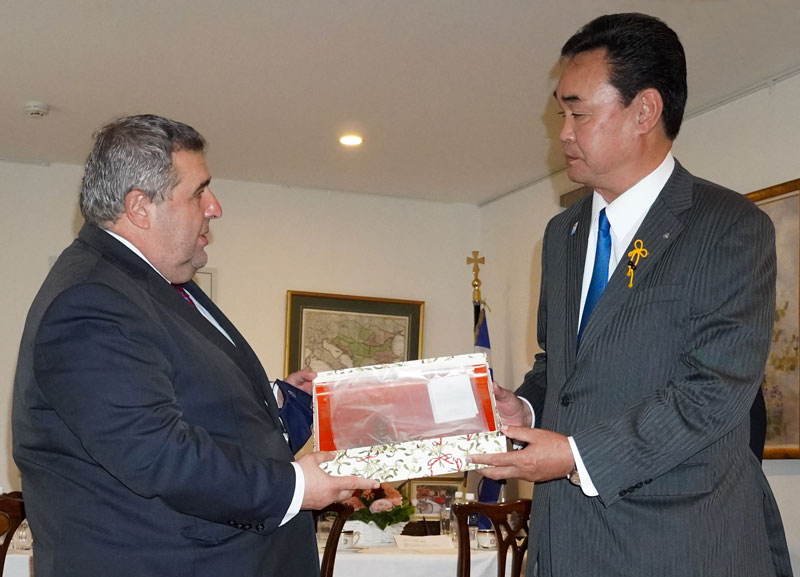 The spacecraft have reportedly made 117 space travels so far. They go up and down like a trolley and have carried everything on these trips. Or almost everything. Scientists, experiments, tools, exotic suits, astronauts.

Olive seeds have now traveled into space from the historic land of Olympia and the Goutis Estate olive grove. The brand that has won awards in the most important and most reliable competitions in the world in the field of quality. The seeds traveled to Japan and from there in two airtight bags – space packaging – to the US and to Cape Kennedy from where the rocket took off to take them out of Earth’s atmosphere. At 02:49′ Japanese time, in the early hours of June 4, 2021, the rocket carrying forty olive seeds took off from the Kennedy spacecraft in the USA.

The olive seeds, once they return to Earth, will be planted in both Fukushima and Olympia. The trees will grow there and will remind of the hope that always exists after a disaster but also the eternal centuries-old relationship of the tree of life with the peaceful coexistence of people. A timeless message that this year, due to the Olympic Games to be held in Japan, is broadcast from the primordial land of Olympia. The flame of the renaissance next to the flame of the start of the Olympic Games.

At the special ceremony held by the Mayor of Naraha, Yukiei Matsumoto, (in the photo the Greek Ambassador Mr. Kakiousis delivers the olive seeds to Mr. Matsumoto) stated among other things: “The city is the host of the institution of ‘ARIGATO’. Supporting reconstruction is a government project in which cities hit by the 2011 Greater East Japan Earthquake will support their sister countries during the 2020 Tokyo Olympics, expressing gratitude for their contribution to reconstruction. As our sister country, we have chosen to support Greece, the birthplace of the Olympic flame, since the torchlight procession for the Tokyo 2020 Olympic Games was designed to start from the “J Village” stadium in our city Naraha”. 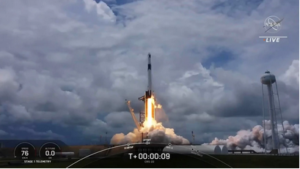 “As part of an official project in which relevant messages of gratitude are sent by Japanese astronauts from the International Space Station to the world and souvenirs in space from the affected cities, we decided to send in cooperation with the Greek Embassy in Japan olive seeds from Greece symbolize peace since antiquity as a promise of mutual future fellowship.

When the seeds return to Naraha from this month, they will be planted first and we hope to transplant them in Greece in the near future as part of our exchange programs. Specifically, we hope to build a friendship with the municipality of Olympia, where the Olympic flame touch ceremony takes place, and to visit it one day, as Naraha is the city from where the Olympic torch for the Tokyo 2020 Olympic Games began. We want to maintain our close relationship with the Greeks in Japan and engage in various exchange activities through the development of these olive seeds when they return from space”.

The ambassador of Greece to Japan, Konstantinos Kakiousis, stated among other things: “The ark in which we all live, needs a sign of peace. Thanks to the initiative of the Municipality of Naraha, in collaboration with the Municipality of Ancient Olympia and with the kind support of Goutis Estate, the olive tree will come to us from space. The most beautiful symbol of cooperation, fellowship and peace. A combination of gratitude from the Japanese initiative ‘ARIGATO’ Host Towns and cooperation between the two municipalities and technology, brings space closer, or rather us closer to the stars”. 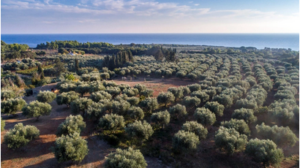 It has been a century since the ancestors of the creators of Goutis Estate planted the first olives in the historic land of Olympia, where the Olympic Games were born.

An olive branch was the prize at the Olympics. The sacred tree of the goddess Athena, whose fruits have become synonymous with health and well-being, produces the famous virgin olive oil. A few years ago, a group of people who did not forget the tradition decided to plant other olives from varieties that have already conquered the top of the world by winning gold medals in competitions in Berlin, Tokyo and New York. In countries where it is difficult to conquer the taste and win the most famous tasters of the world, Greek olive oil and especially the producers who have invested in the most modern export methods, take the traditional varieties to the next level, adhering to the rules of healthy eating. The panel leader of the international competition in Berlin, Manolis Salivaras (pictured), emphasizes the following: “This year was a year of growth for quality Greek olive oils. There were several producers who improved the level of their products and some who reached the top of the category on an equal footing with leading international producers”.

In Tokyo, 27 oil-producing countries competed in April this year. Among the 811 samples, 105 were Greek. They managed to get 19 gold and 58 silver medals, in a very difficult year, due to the weather conditions. The president of the Japanese olive oil sommelier association, Toshiya Tada, in his statements about the Greek olive oil, states: “There is an incredible progress in the quality of Greek olive oils in the last two years. In particular, the new producers who lead the field, seem to push the traditional producers to produce better quality products. Today we can find very interesting flavors from Koroneiki as well as from other local varieties, something that is fascinating for consumers all over the world”.

Among the producers of the last years, the products of the company Goutis Estate stand out, which excelled by winning in the top competitions of the world, in the category quality awards, two platinum and thirty gold medals, among them the Best of Greece 2020 in the competition of Olive Japan. “This success is due to the strict observance of the positive standards that result from the tradition which was combined with the modern production methods. Our passion for quality has proven to be the safest guide on the road to success. We follow a strict management program, adhering to healthy eating protocols aimed at the quality and specificity of the taste. “This was appreciated by the difficult judges and this was our biggest reward so far”, said Goutis Estate representatives. 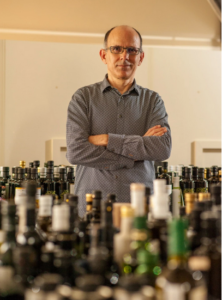 Most of the olive groves of Goutis Estate are located in the mountains around the valley of the river Alfeios in Ilia. The cooperating companies contributed to Ilia to be considered one of the main production areas of high quality olive oil in Greece. The team consists of political scientists, former bankers, economists, engineers, agronomists and farmers. All of them come from the prefecture of Ilia. Their childhood memories remained strong for decades and after a successful international course, everyone wanted to return to the refuge of their childhood years, offering to their home country a new perspective in the difficult days of the global financial crisis. Many newer ones were planted next to the age-old olives. The newest and most ambitious standard cultivation began on the northern slopes and in the ravines with the tall plane trees. Their ally was the experience of the oldest farmers in the area combined with the most perfect international scientific methods of cultivation, olive picking and pressing, so that the result does not have a single flaw. The final product hides the secrets of a rare microclimate of the land of Olympia.

The new cultivators decide to proceed according to the standards followed by the advanced countries in the specific cultivation and they want, not only to reach the same level, but if it is possible to better it. And they succeed. After a lot of study and countless meetings with the experts in the field, as well as practicing this knowledge in the fields, today they are reaping the fruits of their efforts. Nikolaos Ch. Lambropoulos, head of the Strategy and Quality Assurance department of the company: “Since the day we planted the olives, many years ago, we have been following international protocols, with guidance from the best scientists from Greece and abroad, both in cultivation of olives, as well as in the process of oiling. The international top awards are the culmination of our efforts. The varieties of Greek olives have not been fully discovered, as repeatedly stated by the most prolific agronomist researcher Mr. George Kostelenos”. 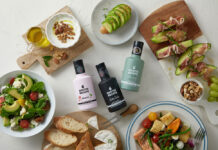